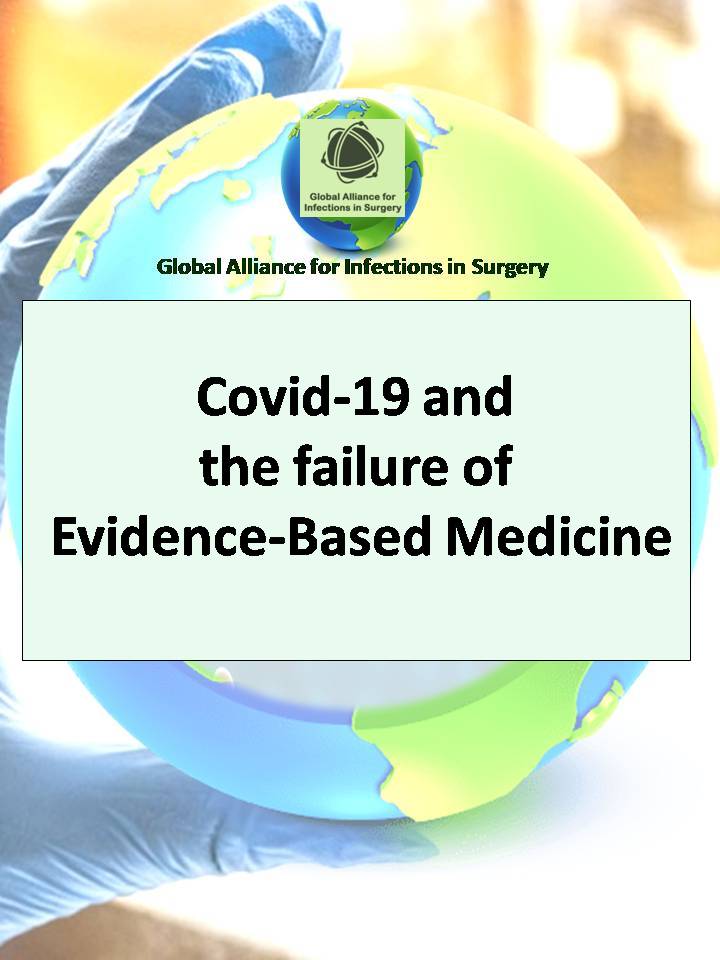 In a previous editorial published on June 1 the Global Aliance for Infections in Surgery reported that The World Health Organization (WHO) had announced on May 25 that due to safety concerns, it was temporarily halting the hydroxychloroquine arm of the agency’s Solidarity Trial, for treating Covid-19 patients. The announcement followed the publication on May 22 by The Lancet medical journal of an observational study on hydroxychloroquine and chloroquine and its effects on hospitalized COVID-19 patients. In The Lancet, Mandeep Mehra and colleagues reported a large observational study published to date on the effects of chloroquine or hydroxychloroquine, with or without a macrolide, in 96032 hospitalised patients who tested positive for Covid-19.
On May 26 AIFA (Italian Medicines Agency) suspended the authorization to use hydroxychloroquine for the treatment of Covid-19 outside clinical trials, since – motivates AIFA in a note – “new clinical evidence” “indicates an increase in risk for adverse reactions with little or no benefit. “On May 27 The French government revoked a decree authorising hospitals to prescribe the controversial drug for Covid-19 patients.
In the previous editorial, Global Alliance for Infections in Surgery stated to respect the decision of WHO and accept the decision of the National Agencies. However we were convinced that this decision was NOT evidence-based (based on the results of an observational study) and deprived doctors of an important tool, when prescribed at the right dosage and for the right patient, already used in many patients around the world by doctors on front line, with the potential (yet to be demonstrated) to mitigate, in the first phase of the infection, the inflammatory response of Covid-19, avoiding the terrible consequences of the cytokine storm.
In a recent open letter last week, a group of scientists raised “both methodological and data integrity concerns” about the study published into The Lancet. The scientists highlighted concerns about the quality of the data and its analysis. One of the issues pointed out was the lack of information about the countries and hospitals that contributed data, which was provided by Chicago-based healthcare data analytics firm, Surgisphere. Further, other issues underscored included discrepancies in the data Australia, where there were more deaths recorded in the hospitals covered by the study than the official figures from the government.
On June 3, the WHO said hydroxychloroquine trial would resume after a safety review found there was no reason to modify the trial.
On June 3, The Lancet issued an Expression of Concern saying “important scientific questions have been raised about data” in the paper and noting that “an independent audit of the provenance and validity of the data has been commissioned by the authors not affiliated with Surgisphere and is ongoing, with results expected very shortly.” On June 4, three of the authors of the paper, “Hydroxychloroquine or chloroquine with or without a macrolide for treatment of COVID-19: a multinational registry analysis”, have retracted their study. They were unable to complete an independent audit of the data underpinning their analysis. As a result, they have concluded that they “can no longer vouch for the veracity of the primary data sources.” in the midst of a pandemic crisis that is an extremely serious controversy and should open serious reflections over the quality of the peer review process also for heavily impacted medical journals.
Scientific publication should above all be rigorous and honest. In an emergency, these values should be needed more than ever.
However, regardless of methodological and data integrity concerns of the study, that decision to halt  the trial on the basis of an observational study was absolutely NOT evidence-based.
The only way to evaluate whether hydroxychloroquine is an effective treatment for Covid-19 will be to complete a serious prospective randomized study, respecting the principles of the evidence-based medicine.
This is what science asks to us.
Hoping “Solidarity” study, launched by the World Health Organization and partners help find an effective treatment for Covid-19.